Theoretically, in the context of the establishment of the democratic process, the existence of newspapers in political communication on the elections should be independent. It means that newspapers should be able to investigate in a professional, freely without bias from any parties, be objective in reporting the facts or events that occurred in the elections so as to form an opinion that does not harm anyone in increasing confidence of the people for making their choices. Methodologically, the independence of a newspaper can be measured by the Content Analysis Method in the editorial, whether the editor has the discretion to review the news, issues, or events that occur in the elections, or whether it was influenced or not influenced by certain parties, particularly candidates in the elections. In addition, the independence of the newspapers can also be seen from the attitude of the editor in the editorial, whether it be supportive, neutral, or not being supportive. 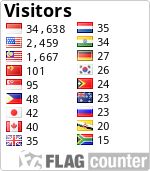